The cabbage and the night of the cabbage represent the two most dangerous lepidoptera for the cultivation of plants of the Crucifere family. Here are five tips for checking them

Pieris brassicae and Mamestra brassicae are the two lepidoptera that worry farmers with cabbage fields the most. The cabbage and night cabbage larvae feed voraciously on the leaves of many Cruciferous species, such as cabbage, cauliflower, broccoli, black cabbage, cabbage, Brussels sprout, savoy cabbage and much more.

The damage that the larvae cause to the plants can be slight, in the case of limited infestations, but also very large and can lead to the death of the plant. Even if the damages are limited, if made to the corymb (the flower) they can decree its commercial devaluation. Furthermore, the presence of wounds and excrements open the way to bacterial-fungal infections that can have serious consequences.

Before seeing what are the remedies for the defense of cabbage from night and cabbage, let’s look at their biology.

The biology of cabbage Lepidoptera

The first, Mamestra brassicae, is a moth with nocturnal habits. The butterfly, which can reach 45 mm in wingspan, is gray-brown in color. Wintering adults appear in April-May and lay eggs on the underside of cabbage leaves. After fifteen days the eggs hatch and the larvae, green or yellow-green in color, begin to feed on the leaves and also dig tunnels in the stem. 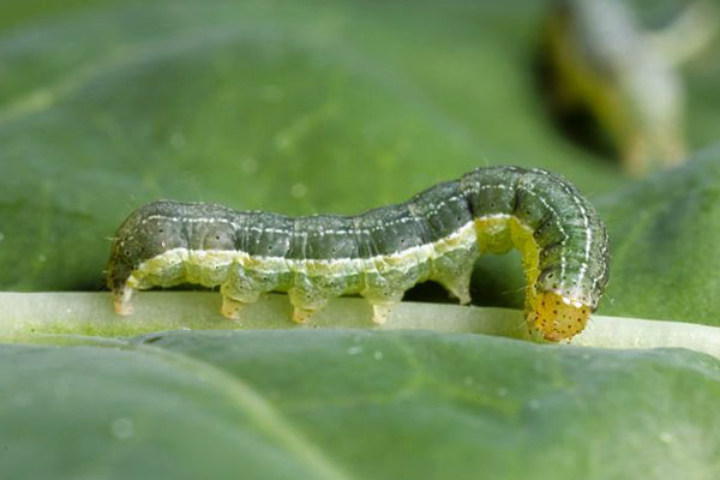 A larva of Mamestra brassicae

After about two months, the larvae become incrisalidate in the ground and in July the second generation flickers, which will then overwinter in the form of chrysalis in the ground.

Pieris brassicae, commonly known as cabbage, is another equally harmful moth, slightly larger than the night, but which also makes four generations in our range. The cabbage hibernate as a chrysalis hidden in ravines of the walls or under the bark of trees. The flickering takes place approximately in April and after the mating occurs the laying on the lower page of species belonging to the Crucifere family.

The larvae, about 35-40 millimeters long, yellow-green in color and covered with bristles, feed on the leaves of the cabbage causing significant damage. If in the case of the night owl the larvae hide in the ground during the day, the cabbage keeper continues its trophic activity even in the sunlight and is easily identifiable. 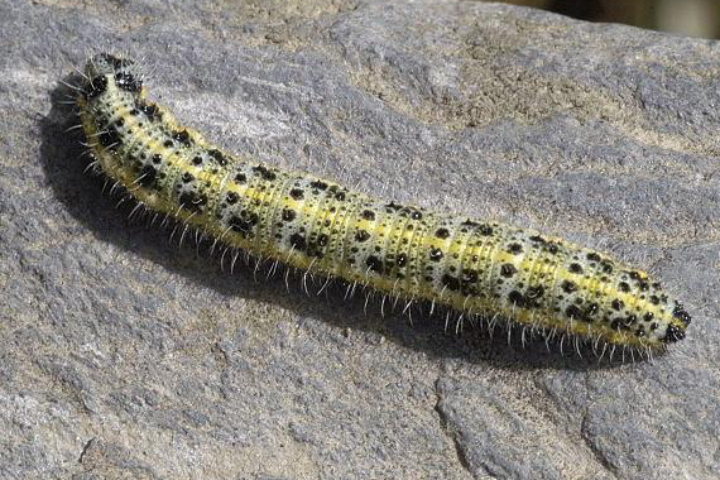 The fight against cabbage Lepidoptera

So what are the tools in the hands of the farmer to defend the crop? Let’s look at five effective defense methods for insect control.

Insecticide. The simplest and most decisive method is the application of insecticides to the appearance of the first generation. To monitor the presence of the moth, special pheromone traps must be set up in the field, in order to intercept the first flicker.

Bacillus thuringiensis. An insecticide of biological origin based on Bacillus thuringiensis, a bacterium capable of killing this insect, is also effective against the cabbage larvae in the early stages of development. In fact, the larva, when ingesting the bacterium deposited on the leaf, undergoes a blockage of digestive activities which causes it to die in a few days.

Parasitoids. There are species of diptera and hymenoptera capable of parasitizing Pieris brassicae and Mamestra brassicae. The most effective against cabbage are Trichogramma evanescens, which parasitizes eggs, and Apanteles glomeratus, which instead affects larvae, as well as Phryxe vulgaris. As for the night owl, there are some entomophages such as Amblyteles armatorius and Compsilura concinnata.

However, these are insects that are not marketed, but which are present in nature and can play a role in pest control. It is therefore necessary to encourage their presence, for example by paying the utmost care in positioning any insecticides. 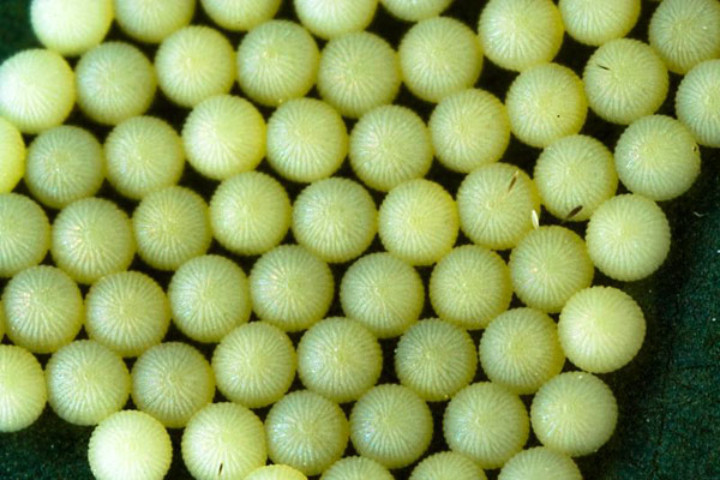 Cold. Perhaps the most harmful generation of cabbage is the last, because it develops in the late summer-early autumn, when there is a lot of biomass in the field and the cabbages are practically ready for harvesting and marketing.

In contrast to the last generation, an important ally is frost. It is a good practice to always monitor the weather forecast and in case of night frosts there is a good chance that most of the specimens will succumb to the cold.

Crop rotation. To avoid that the pressure of these lepidoptera is excessive, it is good practice to allow at least four years to pass between a cultivation of a species belonging to the Crucifere family and another. In this way, the wintering chrysalis, once out of the ground, will not find food and will survive only in limited numbers.